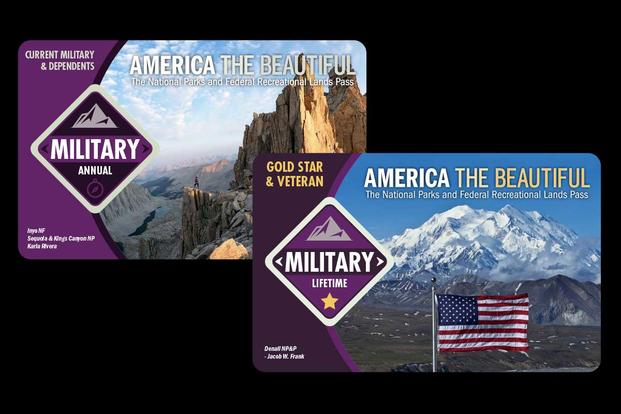 All U.S. veterans and Gold Star family members will be able to get a free lifetime entrance pass for federal parks and recreation sites nationwide starting Nov. 11.

The pass, an expansion on the annual free pass for currently serving troops and their families, grants free access to about 2,000 parks and lands managed by the National Park Service; U.S. Fish and Wildlife Service; U.S. Forest Service; Bureau of Land Management; Bureau of Reclamation; and the U.S. Army Corps of Engineers, according to an announcement on the park service website. It also gives discounted amenity fees in some locations.

While not every park or visitor area requires an entrance fee, many do. For example, Yosemite National Park in California charges a $35 entrance fee per vehicle, while Craters of the Moon National Monument charges $20. Other locations charge for entering museum or curation areas in the visitor center. For instance, the Begich, Boggs Visitor Center in the Chugach National Forest, Alaska, charges $5 per adult to access a film and exhibits.

Those fees are waived for holders of the new lifetime pass, as well as those with the free active-duty America the Beautiful military pass or other passes sold or awarded by the agencies. The new pass covers the holder and any accompanying passengers in a private vehicle at sites that charge per car, or the pass owners and up to three adults age 16 and over at sites that charge per person.

The new lifetime pass program does not exclude veterans with so-called "bad paper" discharges. To get the pass, veterans must submit one of the following:

To receive a pass visit a National Parks or parks and land agency store or staffed fee kiosk, or order via the U.S. Geological Survey store. Passes ordered online carry a $10 processing and shipping fee. Passes received in-person are free.

Gold Star family members can receive the pass by presenting a self-verification form certifying they are the next of kin to a military member killed during service overseas. The form includes a signature block and confirmation that the user is an "eligible next of kin (NOK) of a member of the United States Armed Forces who lost his or her life in qualifying situation."

No other identification or proof is required for Gold Star family members who want to get a lifetime pass.

-- Amy Bushatz can be reached at amy.bushatz@military.com.

- November 10, 2022
Email ThisBlogThis!Share to TwitterShare to FacebookShare to Pinterest

Our futures depend on it

- November 01, 2022
Email ThisBlogThis!Share to TwitterShare to FacebookShare to Pinterest

- October 14, 2022
Email ThisBlogThis!Share to TwitterShare to FacebookShare to Pinterest

The Oct mtg will not be business as usual due Hurricane IAN. That fishing  trip is cancelled and Octobfest also cancelled. Meeting will be a teleconference only, with all Board members in attendance by phone.

- October 12, 2022
Email ThisBlogThis!Share to TwitterShare to FacebookShare to Pinterest

To the Flamingo Wing Association members as you all know Florida recently was the recipient of one of the worst storms in history.  Please reach out to anyone you know in Florida and make sure they are okay.  Also, please let me know if there is anything we can do as an organization for the impacted members.Sincerely,Clarence

- October 11, 2022
Email ThisBlogThis!Share to TwitterShare to FacebookShare to Pinterest

- October 11, 2022
Email ThisBlogThis!Share to TwitterShare to FacebookShare to Pinterest

Due Hurricane IAN an Update will be posted regarding the October BOD Meeting. October 11th.........Stay tuned.......
Oktoberfest is right around  the corner at the German-American Club in Cape Coral, Saturday,  October 22.
How about joining us first on a deep fishing trip for Grouper, Snapper and anything that will take our bait. On Friday, October, the 21st.we have booked one boat the Queen Conch ll, Fort Myers Beach. The boat carries 6 fishermen or ladies. We have 8 signed up and need 2 more as the Captain will take 5 on each of his 2 boats. The cost is $250.00 per person which includes bait and tackle. Yes they will bait your hook. Bring your own drink and food. The boat leaves at 7:30 AM and returns around 4:30 PM, 9 hour trip.
Join us as we will have our Board meeting at 9:00 AM on Saturday,  you can golf or join in a Pickleball game then over to the Oktoberfest. Advance ticket $6.00 at gate $8.00.
You can book a room at the Crowne Plaza Hotel for $129.00 per night, let me know as this is a special price and I have to let them know the name.  239-482-2900  'Flamingo Wing'-
If you are interested please contact Herb Taylor, 239-728-8554 or email taylor8400@gmail.com
Herb Taylor

All U.S. veterans and Gold Star family members will be able to get a free lifetime entrance pass for federal parks and recreation sites nati...